i only asked how anti fow works and i get unlimeted ban without even 1 evidence i used cheats and with clean and moss and i even say i can record.
Top

Why none eanswers me i can use moss + record so how i can hack?
Top

Milriko and steru and naviks and everyone on this community tell me where is the problem i was using moss every mix now i will do same and maybe i can try record if u want.
Top

Guys just uninstall the game you are taking it way too serious even when it's in coma.
You turned it into a super toxic community, full of baiters hunting for adr to feel they are good (they all suck) and cheaters, lots of them. Plus unknown mix players that are suddenly god, reports everyday for flaming and bad moderation, complains about servers quality everyday too, etc.
Also it's the warn community, none gets a proper sanction but 40 warnings xDDDD.
As I have been saying for the past years, let the game die already stop butchering it's memory.
Just think about it. Ex0 was near to be a moderator... after years of toxicity, flames, cheats, ddos and even after all that shit some people still voted yes xDDDDD. That's cs2d ever since 2019/20 when PCS died.

Ps: Nt to Saint that tried to carry the community by himself, Steru for paying stuff, Edi for gathering people and few more that still truly love this game.
Top

It's about cheating so what you think of a punishment beside that stupid blacklist.

He has to play mixes only with moss and has to deliver it when someone asks for it. As soon as he cant deliver it, you ban him a week or so from mixes.
Top

xDDDDDDDDDD kai i love you
Top 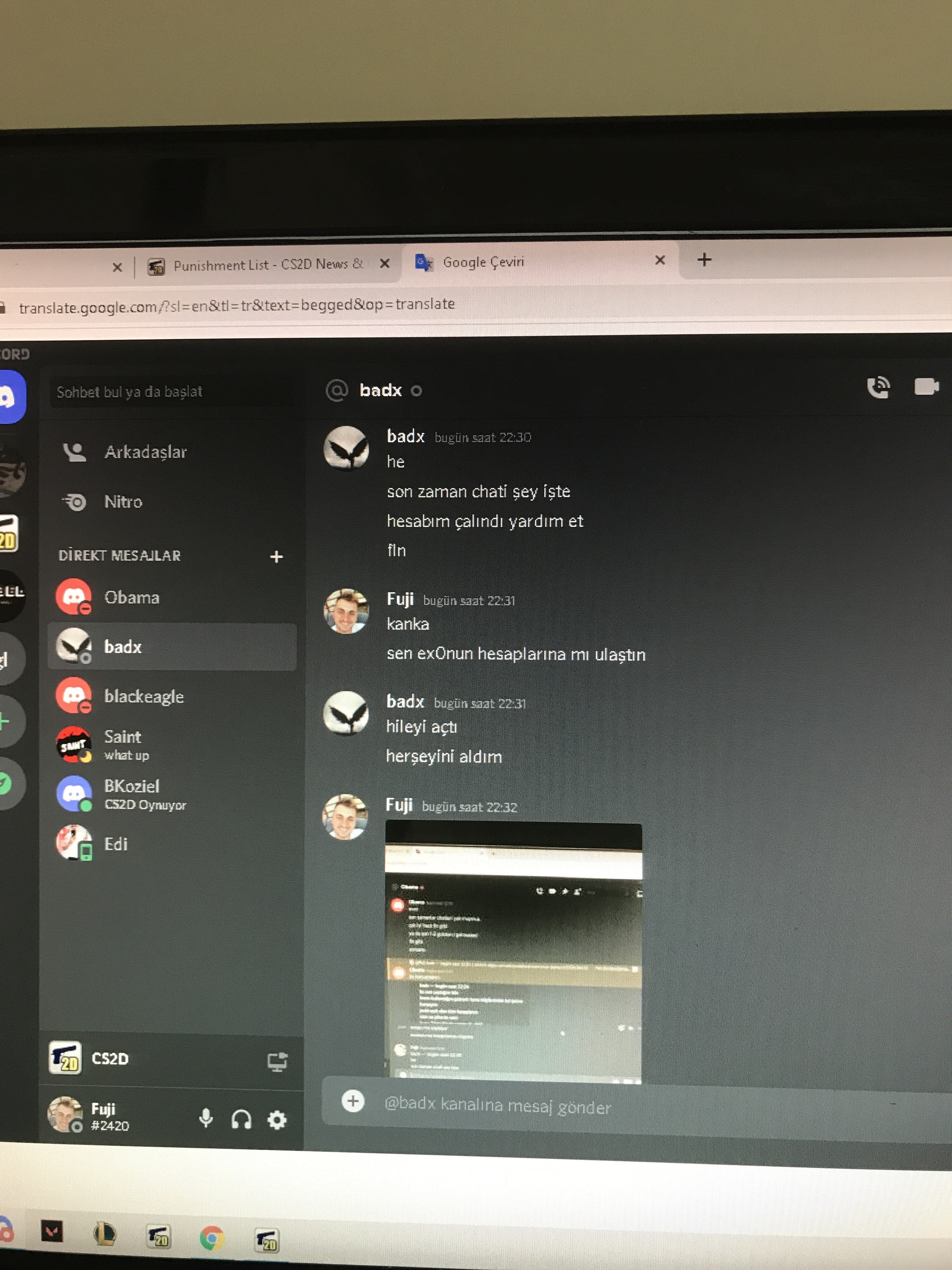 translation= badx=lately his chat with me has "my account is stolen, help me" etc
fuji=bro, did u reach exo's accounts?
badx=he opened the hack, i got his everything

this file is a screenrecord of badx showing his pms with exo, exo deleting some of his lines from the past screenshoots that was shared earlier by naviks. i downlaoded it checked it out 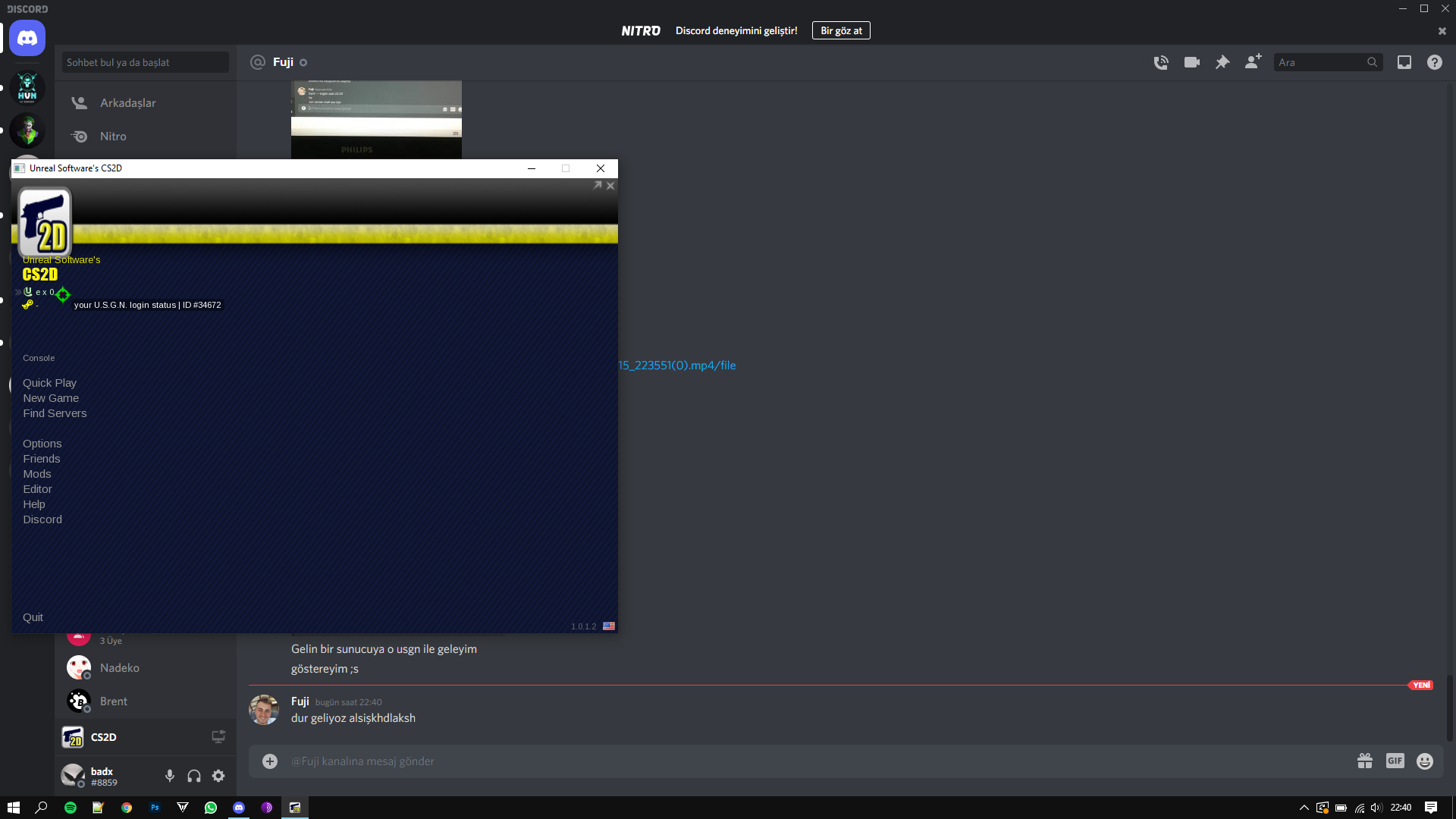 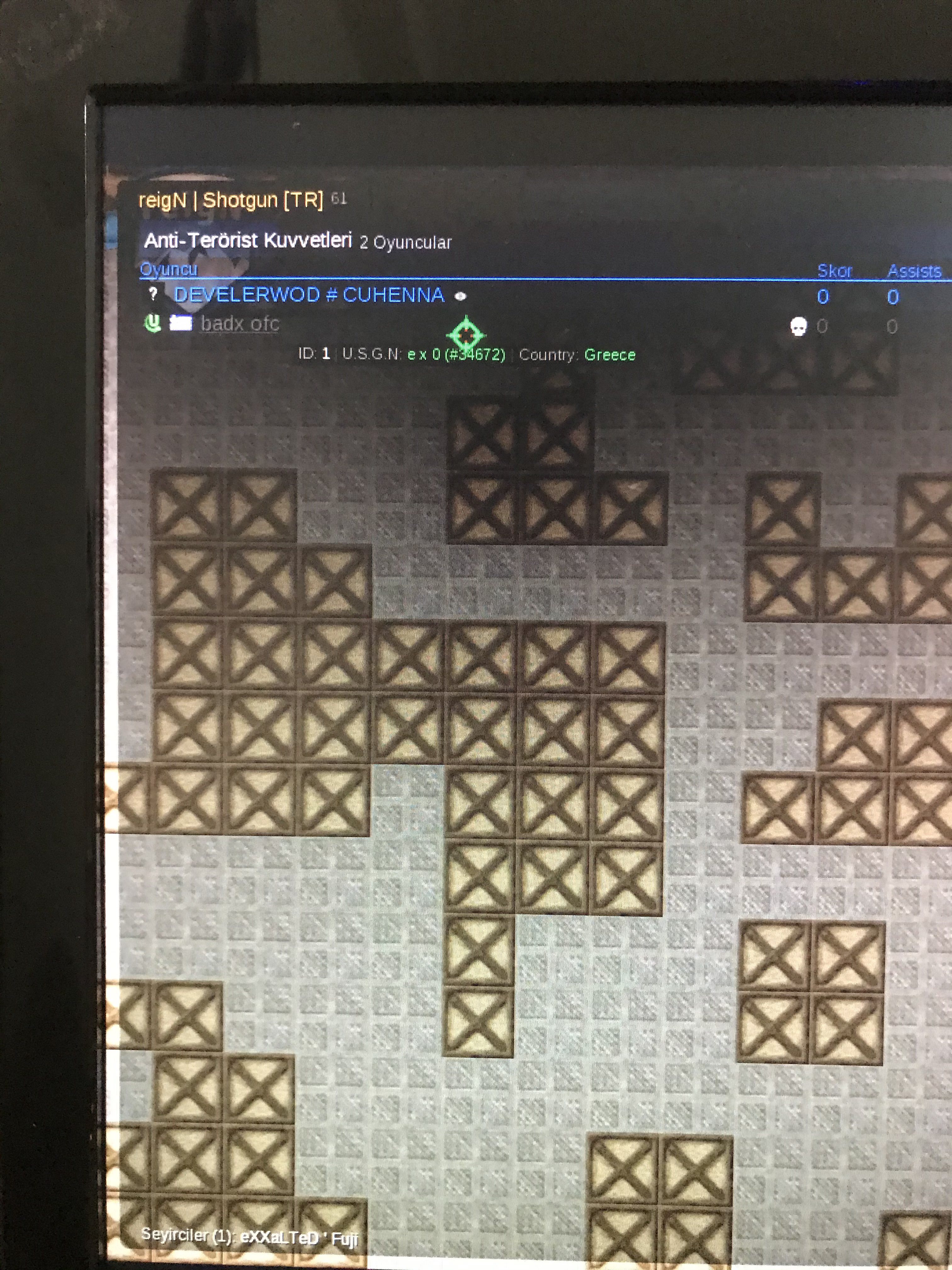 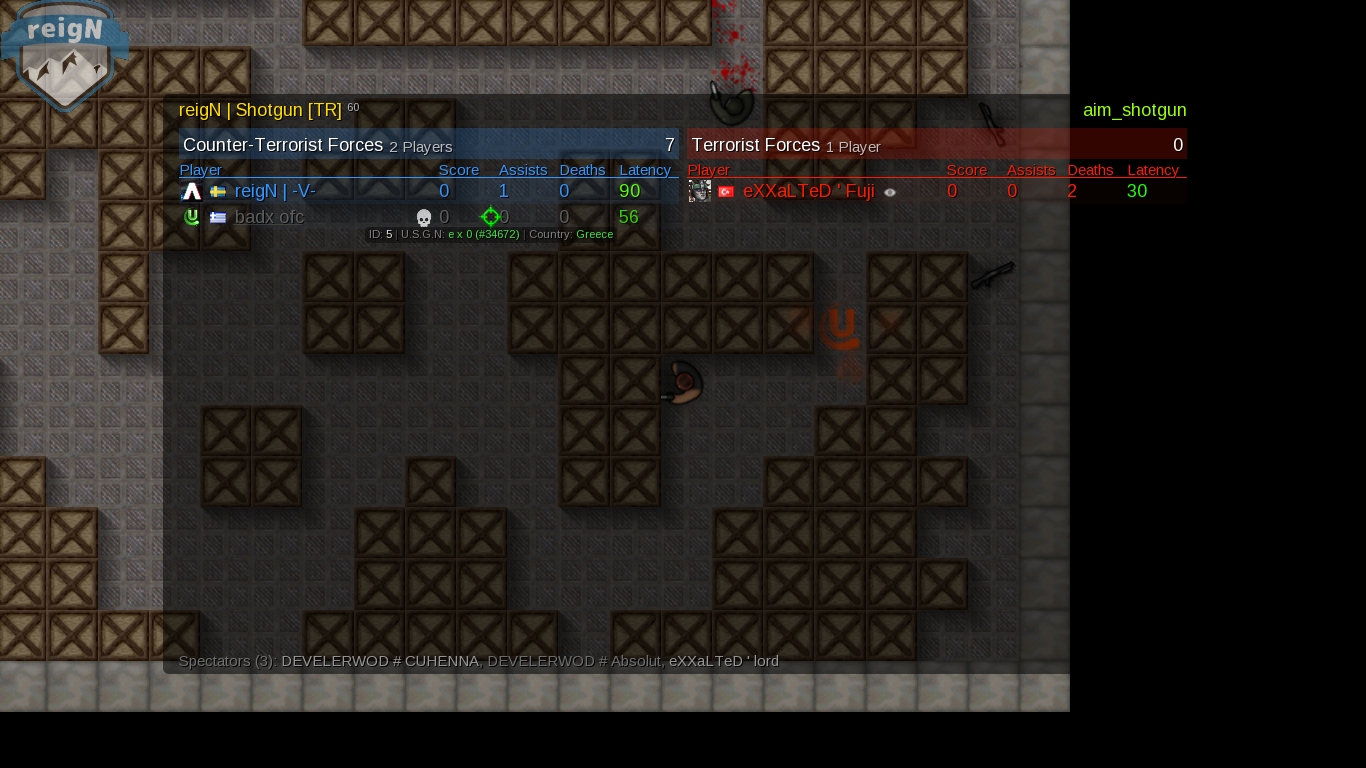 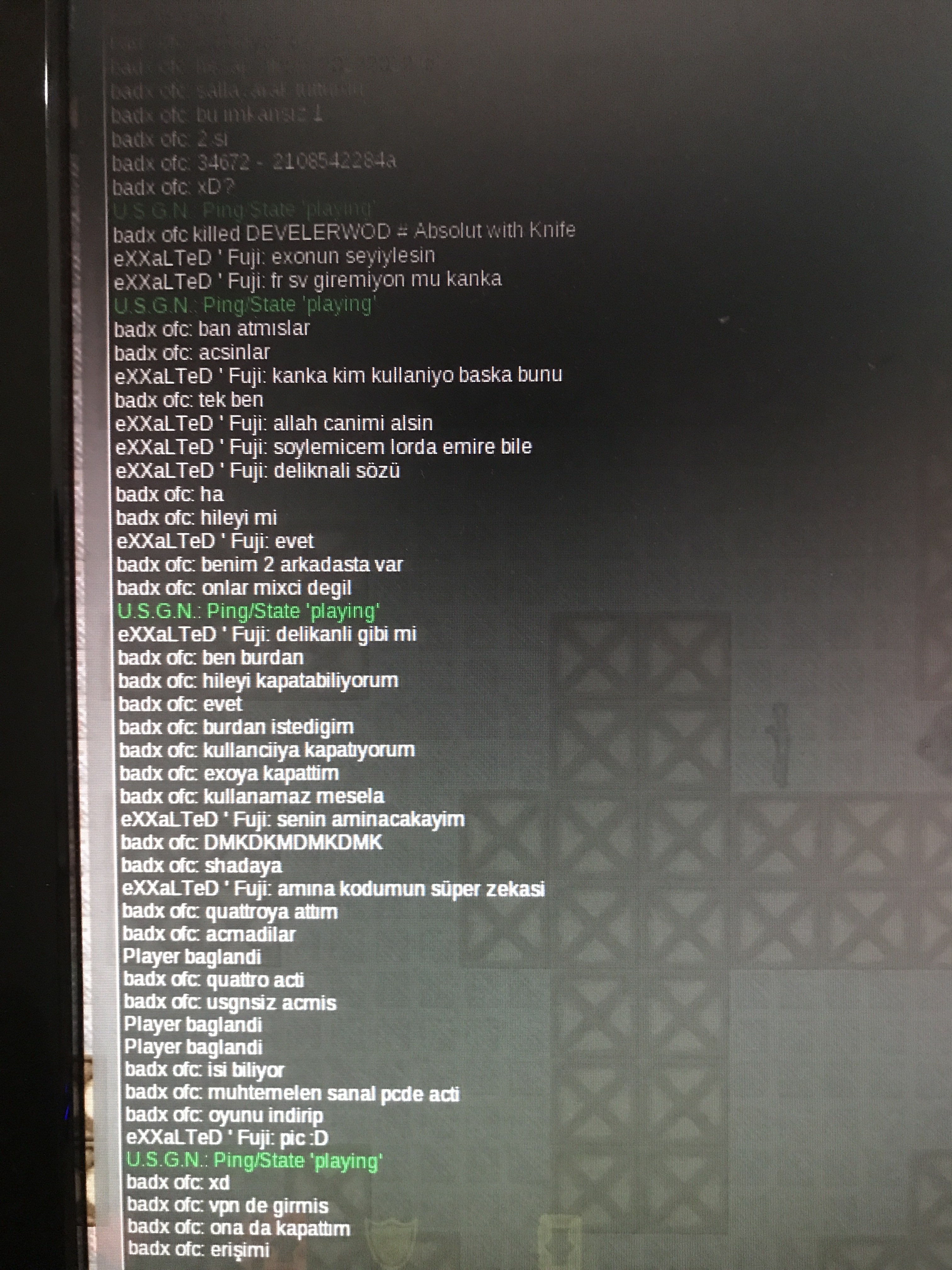 in these lines badx says that some other people downloaded hack
and he says he closed exo's access to open the hack
so exo will have shit dmg from now on
already watch his dmg
lower than heaven, and 45 adr in other mix


ANYWAY, im sharing these stuff here cuz, i already shared these and stated that i ll be banning exo AND flexer in servers who is 100% cheating, that was also watched and confirmed by many people including naviks himself

it is up to admins to whether community ban him or not but doing that will allow us to move forward easier, we owe this to the cs2d and community history and to all those people and to ourselves.


Obama wrote: ↑Tue Jun 15, 2021 9:19 am Hi, considering the fact that he had ddosed our servers many years, hacked, banned, blacklisted multiple times, and now after he got unblacklisted for ANOTHER chance, he still hacks and gets blacklisted, i think it is for the best he gets community forum/dc ban/blacklist as well.

All these things that he had done in or to our community/game, he is a fckn disgrace to us and disgrace as a player, and now it is the time to remove him and move on for good.